„Berlin is quite a freelance city“

Meet Joanne Ong, our first interviewee for our freelance special. She’s a visual designer from San Francisco who is now living in Berlin.

Hey Joanne, thanks for taking your time. Please tell us more about yourself.

Hey, I am Joanne Ong and I was born in Ohio. In my youth my family moved many times due to my father’s occupation. I spent several years in Southeast Asia, we lived in Indonesia, Taiwan, Malaysia, and the Philippines. Afterwards we went back to Ohio where I attended secondary school and I went to university in Pittsburgh. I studied communication design, but I also have a minor in photography and played the violin for about 15 years. Compared to my brother I am the art kid. After my graduation I traveled for some time and settled in San Francisco to work. Since 2016 I’ve lived and worked as a freelancer in Berlin.

Wow, that sounds like a very eventful life. What did you do in San Francisco?

I worked for Method, an experience design agency founded in San Francisco with offices in New York and London. I started as an intern and transitioned to a full-time visual designer. It was a very interesting time and I learned a lot from my talented colleagues. After 3 years, I felt I got everything I wanted from this job and I decided to move on.

It seems you were quite successful as an employee. Why did you decide on becoming a freelancer? And how did you get started?

I wanted to move to Berlin so I gave myself a year to prepare. It didn’t make sense to start a new full-time job if I was going to leave after a year, so a mentor suggested freelancing. Until that point, I had never really considered freelancing. I guess I was lucky – my old company had a big network and a very good reputation. I worked with former employees, did similar agency work, and charged freelancer rates. Since moving to Berlin, I’ve found that my SF experience has helped me find jobs here, especially in the tech industry. I’ve worked remotely for companies in the UK and the US, but I prefer to work in Berlin and be part of a team.

Immigration documents for freelancer work require additional information and may cause some hazzle to obtain. As a result, the freelancer permit then provides a great flexibility to work in Germany.

Another challenge are the tax declarations. As a US citizen there is a need to file US and of course a German tax return to declare your income. The rules to determine and specify that income and the special forms needed for this are definitely different in both countries. And of course, the returns have to match, therefore it is advisable to seek for professional advise at least at the beginning to get the set up right.

The approach – working as a freelancer for foreign companies – enables people also the possibility to expand their service provision cross-border without having any major VAT issues in these countries. Due to the application of the so-called reverse charge mechanism, VAT registration obligations in other European countries are no longer a problem for freelancer.
Once things got more complicated in that respect, a brief consultation with a tax / VAT advisor is sufficient, so that the further proceeding can be clarified from a country-specific VAT perspective.

The German legal framework for remote work is far less ’sophisticated‘ for freelancers as compared to employees. On the opposite, it is even important that a freelancer may choose time and place of his ‚work‘ freely and is not integrated into the organization like the regular employees. Also, for regular employees, it is recommendable to expressly govern topics such as costs for equipment, company IT networks, revocation of home office entitlements, workplace safety etc. which is not necessary (apart from, maybe, data protection topics), not even advisable, with a freelancer.

It’s much more flexible. I join for 1 or 2 months and then it usually gets extended, from 6 to 9 months. In addition, I like that I am not involved in internal politics. I am brought in as a consultant and people listen to you, which is nice. I am also able to separate work and life a lot better.

That sounds like a smooth transition. Did you need to learn new skills as a freelancer?

In the beginning it was very difficult. I asked some people from my network about their approach and their experiences, but I still faced many challenges like budgeting, financial planning and getting paid. Maintaining a consistent stream of payments is something I struggle with, even after a couple years. I’ve learned good practices along the way, such as monthly invoices for long-term projects to ensure I don’t go 3+ months without getting paid.

When I moved to Berlin, I had to start and grow a new network. While there are online resources, you have a better chance through people to find work (as is with most other professions). I had to alter my approach, learn to be humble and to consider all the opportunities that came my way. 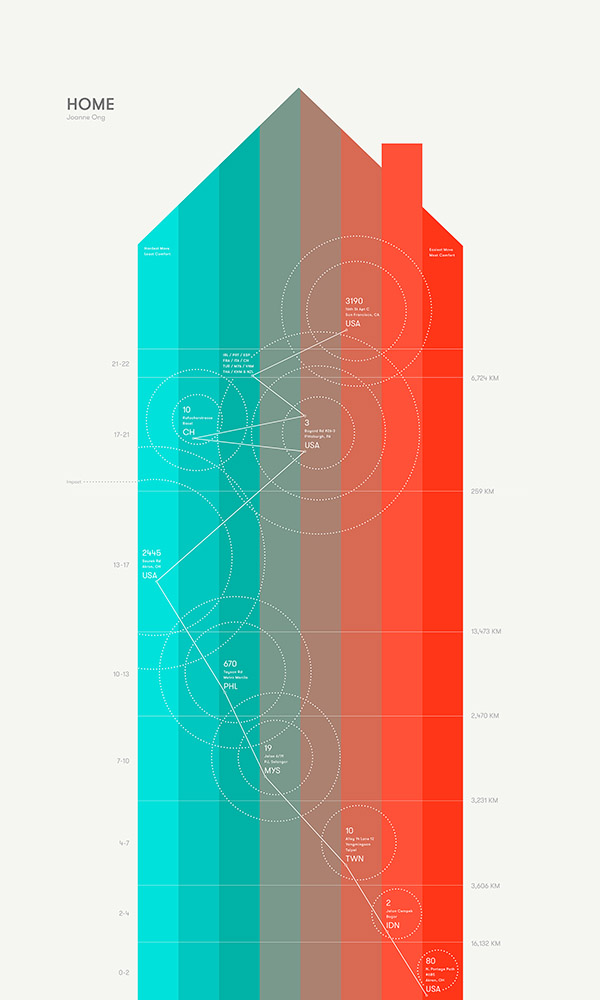 What else did you learn?

Good communication is essential. In San Francisco, everybody speaks a certain tech language, but you can’t expect it here. I always try to be very clear and communicative with the process to make sure that the client and I are on the same page. Emails sometimes go through several revisions to find the right tone of voice. I also had to find out how many and which projects I should accept. For example, there was one client who specified in the contract that I won’t be paid if they are not happy. They said: ‘You have to trust us; it won’t be a problem.’ It was a nice project, but in the end, I had to turn it down, because we couldn’t agree on the clause.

Indeed, there are contract types or situations in which even in Germany, a „not liked“ can actually lead to non-payment, but this is not quite so simple in Germany. For example, with a “Werkvertrag”, a specific product is owed and payment is generally only due after acceptance of the product by the customer. However, acceptance can be enforced if necessary and the customer would have to prove a considerable defect, give the contractor the opportunity to rectify the defect and even if the defect is not rectified, it is possible (in the case of minor defects) that the remuneration may only be reduced but not withheld completely. It is even more difficult in the case of a “Dienstvertrag” because here, not a specific product or work result, no actual success but only services are owed so that poor performance with the services would have to be proven.

I learned that you have to be very clear on your terms and conditions. Yes, you need work, but it’s also important to know when to say no. At another job, the invoice was lost in the system and it was very difficult to get paid. For the company, it was just a small invoice, but since I was a contractor, I was so far removed from everybody in the company and it was hard to reach someone to find a solution. Unpaid invoices affect my annual income, which affects my visa renewal. A lot of times clients are not aware of those implications.

A freelancer visa requires to show sufficient income. Thus, the ongoing income as freelancer, which can fluctuate, needs to be monitored consequently.

You said reputation is important. What else does matter?

Before I came here, I talked with a designer who moved from Berlin to San Francisco. He was kind enough to forward my portfolio. In design it’s a little bit different, your portfolio speaks for itself, it’s a visual representation of your skills. I have been lucky enough that I was recommended by friends and I’m living off of that network for more than three years. But I think I need to expand my network now to find new opportunities. So, it’s reputation, networking, but also about growing your network. You can go to talks and lectures, but in the end it’s always about who you have met, who is familiar with your work and who can vouch for you.

The corona crisis changed the whole working landscape, especially for freelancers. How is your current work situation?

There’s definitely a hiring freeze. Companies aren’t hiring now because they worry about making money and paying their current employees. I think the 6-9 months projects that I usually do aren’t available anymore. I am thinking more along the lines of part-time work as an in-house designer, whatever I can find really.

When changing the kind of work the residence and work permit may need to be changed, if no exemptions apply. This is, usually, easier for US citizens.

Have you ever thought about scaling-up and employing people?

I’m not sure if I am ready to start my own business. Currently, I prefer to work and collaborate with other freelancers. I would like to do that even more.

What is your gut-feeling after being a freelancer for almost 4 years: Will you ever go back to being employed?

The hiring process in Germany is very different. It takes a lot of time and you are invited for many interviews. I try to avoid that through consulting. The probation is 3 months, and the notice period 3-6 months, which is very long. 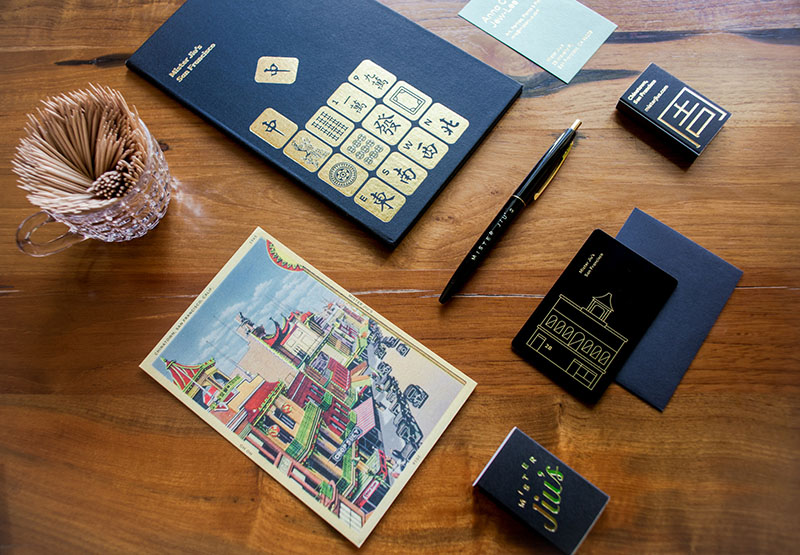 But I see the benefit in that approach, as Corona times have shown, in that there’s more job security. In the US, you can give 2 weeks’ notice which is much more flexible but also more unstable. I think as long as I am in Berlin, I will be a freelancer, at least until I get permanent residence.

Why Berlin? What made you choose a city on the other side of the world?

I wasn’t sure if I wanted to be a designer my whole life. Even though I have been working for almost 8 years now and have made a living off of it. In San Francisco, I lived to work, but I wanted to work to live.

I moved because I wanted to explore other areas of interest (cooking, events) and not worry about how to pay my rent all the time. You pay $ 1,500 for a tiny, tiny space and London is similar. I also wanted to live somewhere with a diverse population, to be surrounded by people from many walks of life, where not everybody is talking about tech. I also felt guilty about all the gentrification in San Francisco. That if you can afford to live there, you are a part of the problem. I don’t hate the city – it’s a special place to me. I just knew I wanted something else and it was time for me to move on.

I visited Berlin in 2014 for the first time and could see myself living here. I knew I could find work, because there are many tech companies and other businesses that are looking for a designer. The cost of living is much lower too and I like the pace of the city. It is much more chilled with a lot of cultural happenings. And Berlin is quite a freelance city. I’ve met many other freelancers who work on interesting projects. That is really inspiring. 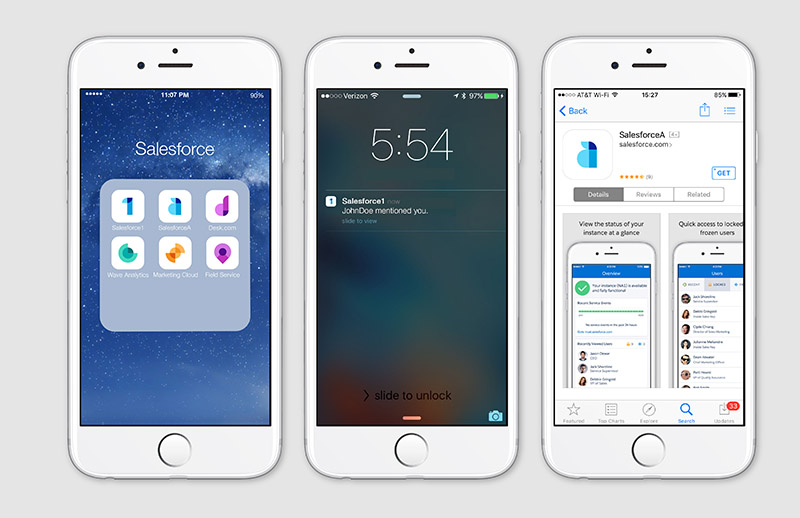 Some people find it difficult to get along with the German mentality. How did you cope?

People in San Francisco say yes, but actually that means maybe. We call it the ‘San Francisco Yes’. When the day comes, they may not even show up. I was guilty of that too, that is how the city works. I learned to be very straightforward here, and I think that’s a good thing. 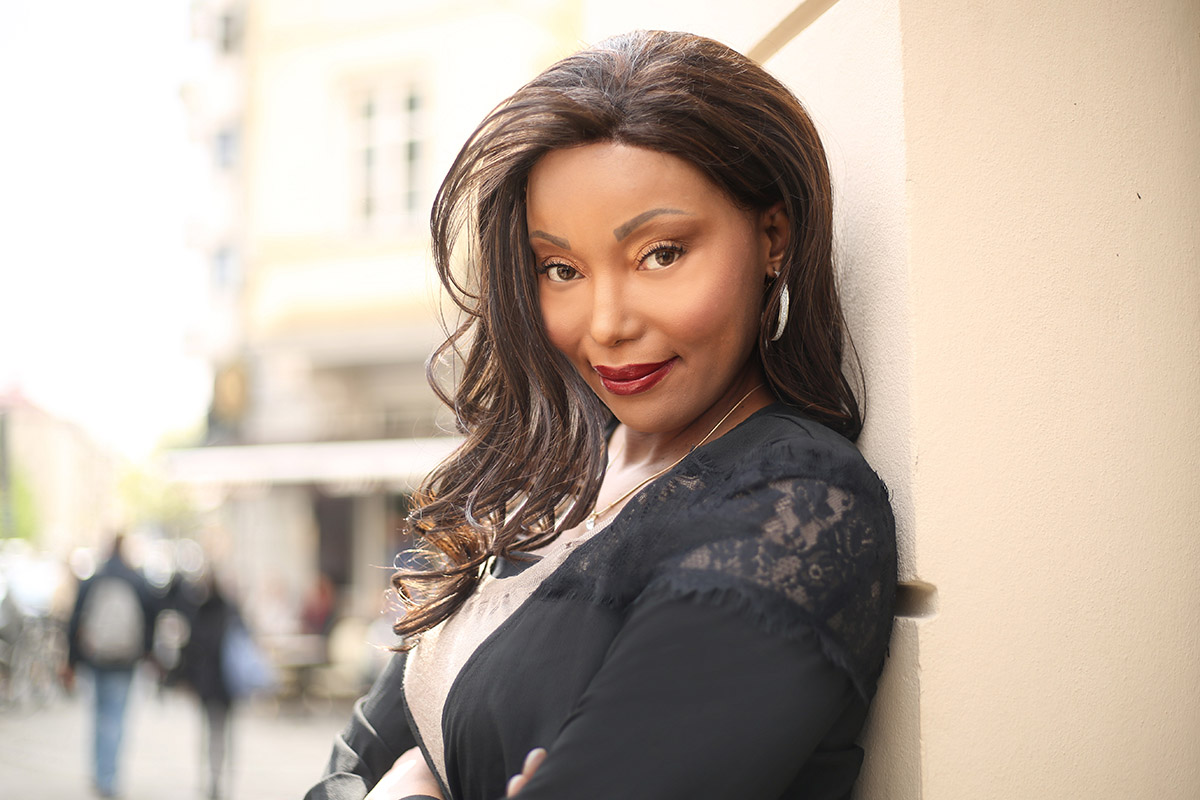 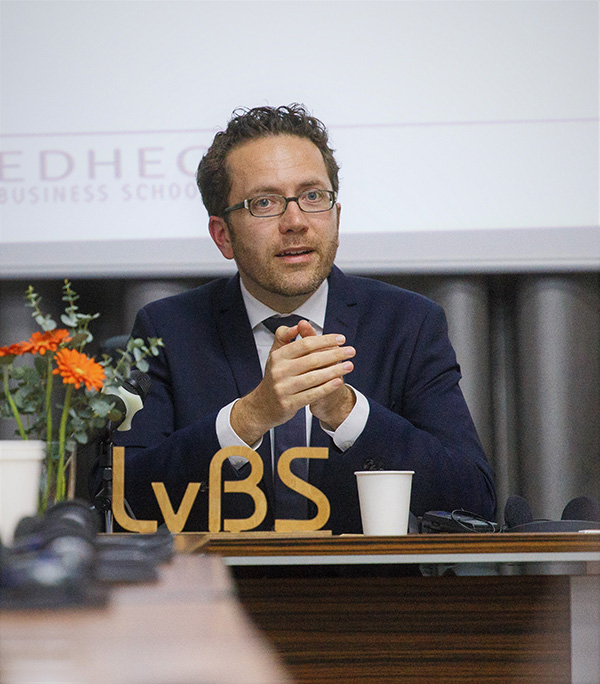 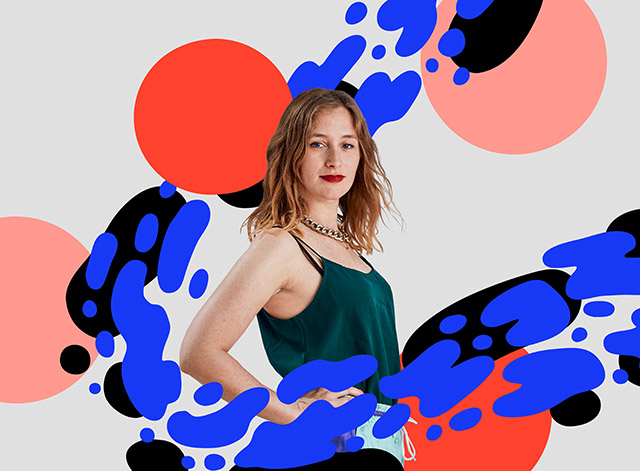 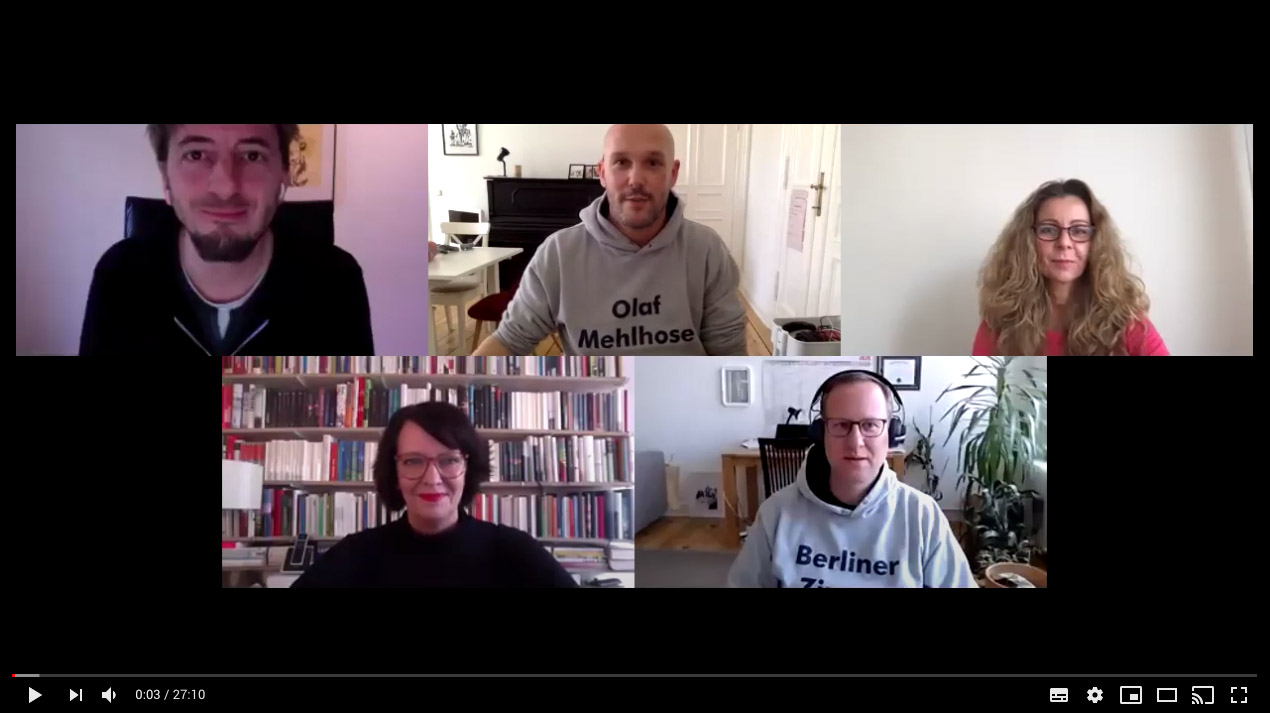 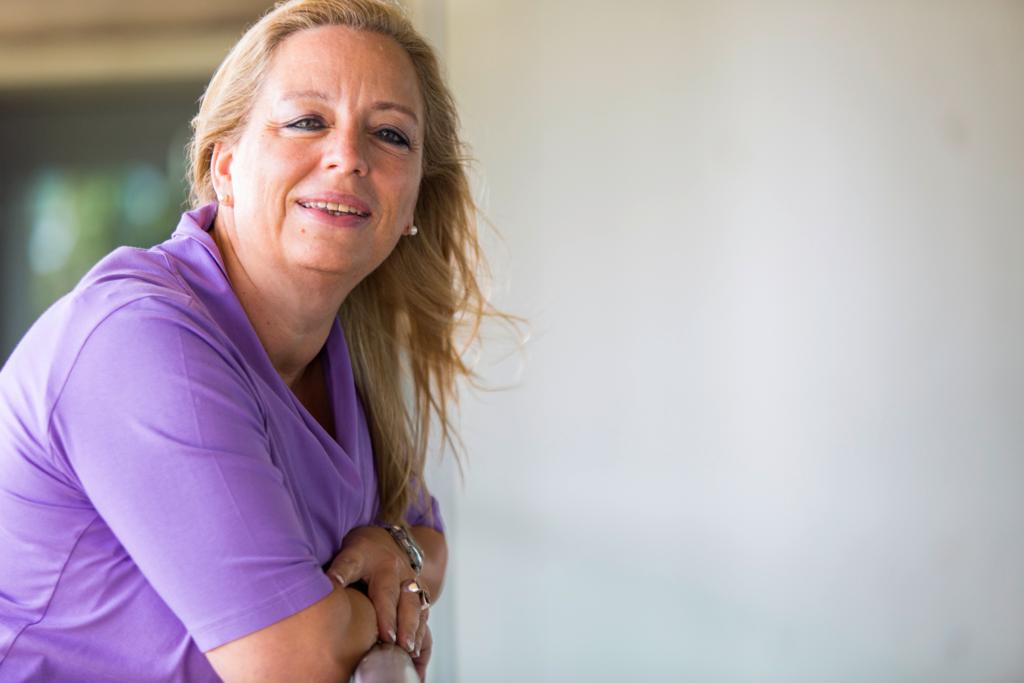 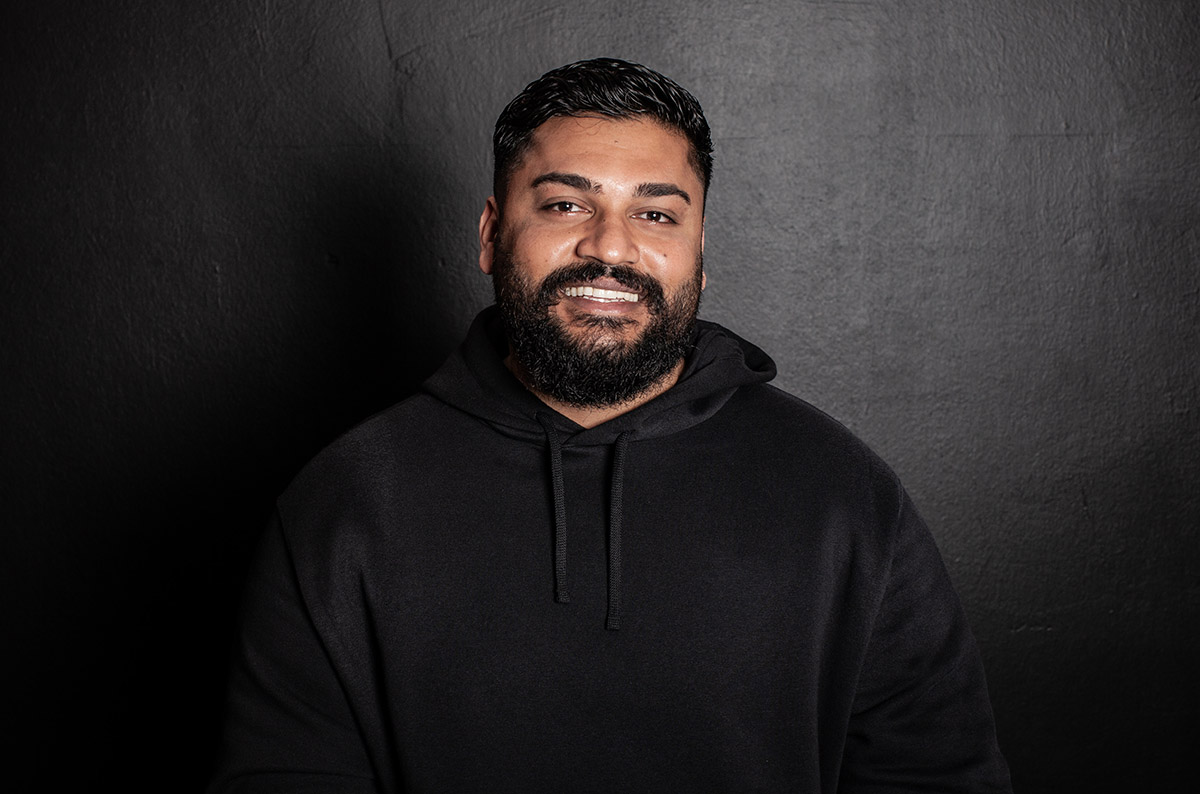 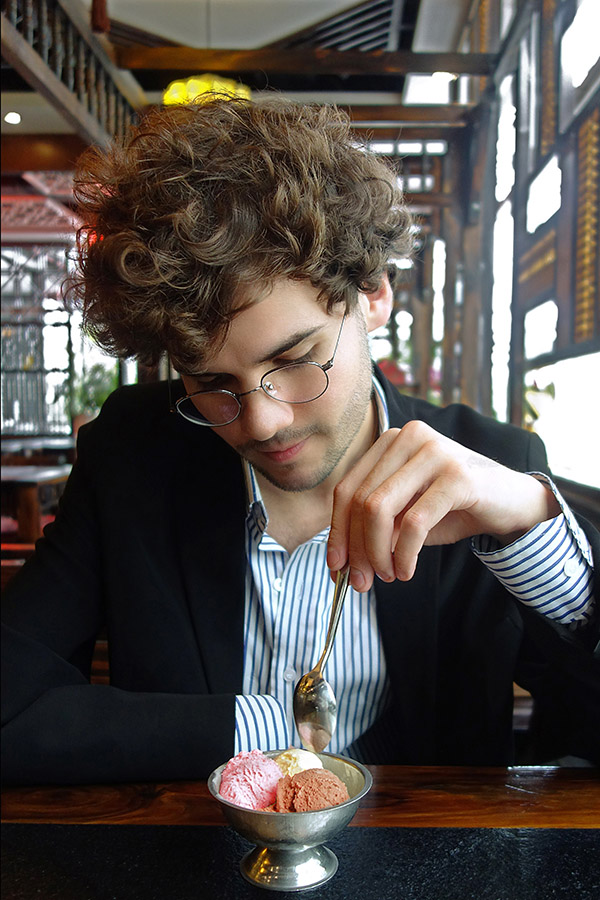 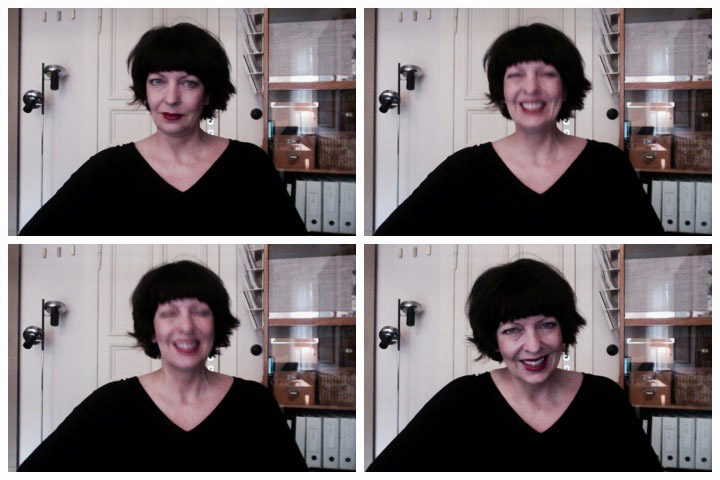 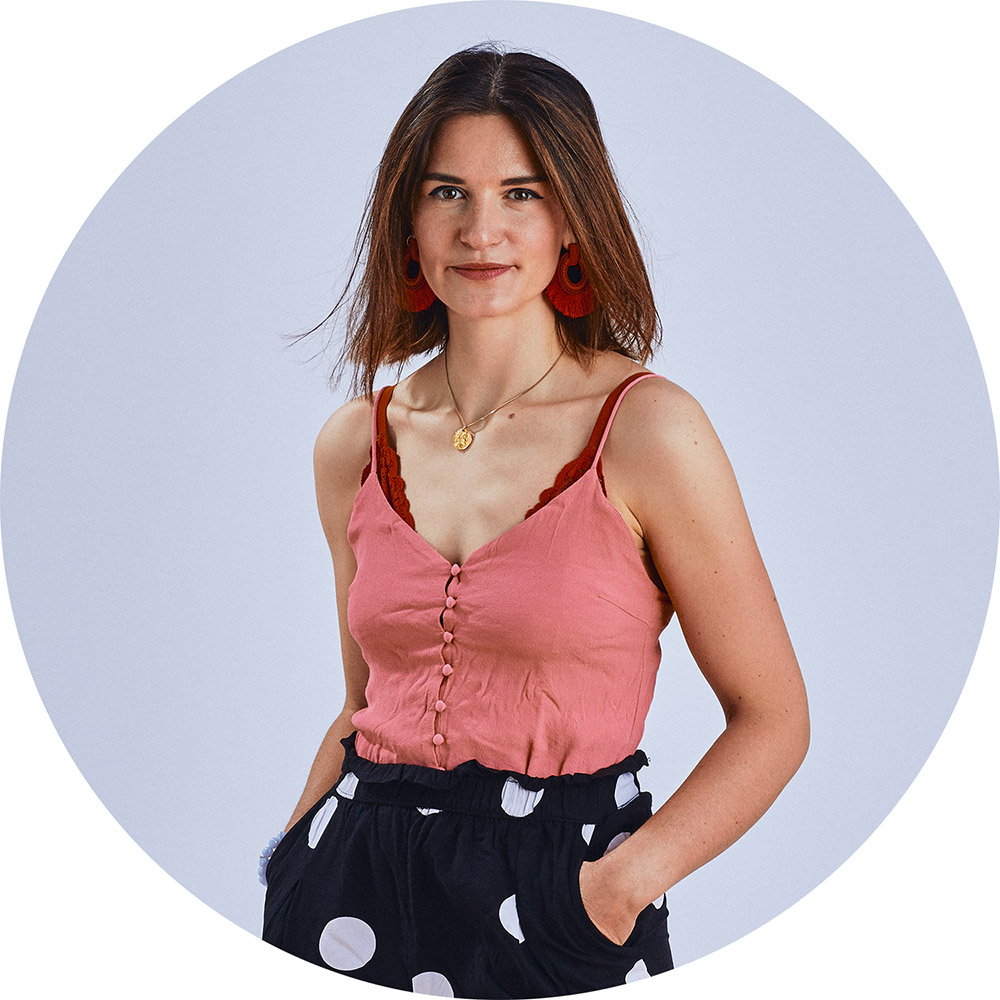 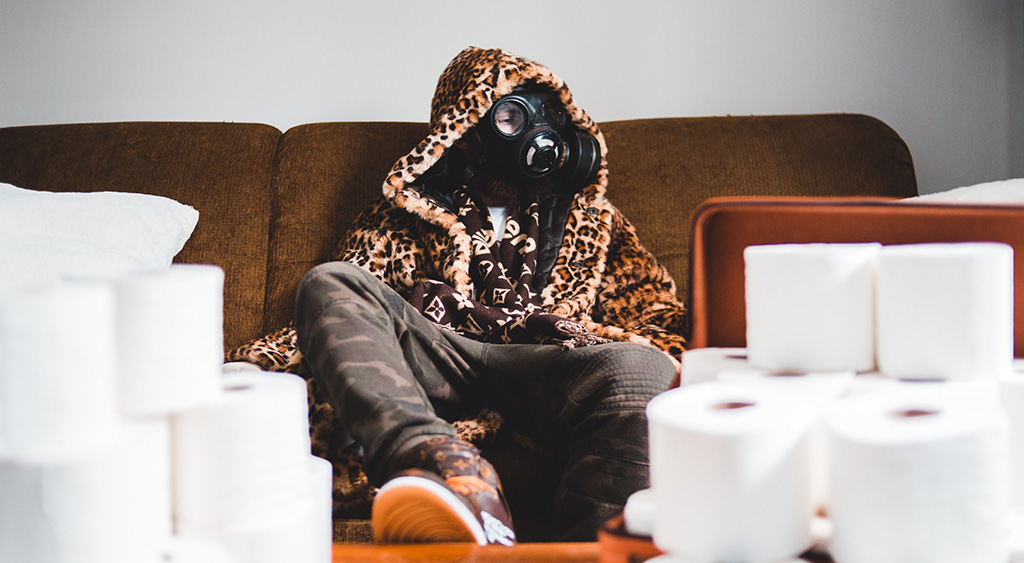